skip to main | skip to sidebar

WHEN SATURDAY COMES OUT

Hitzlsperger And The Evolution of The Gay Footballer 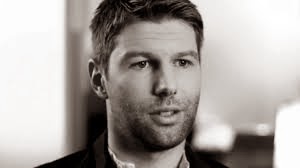 The news from Thomas Hitzlsperger this week leaves football teetering on the brink of an unprecedented breakthrough – a top-flight player coming out - for the second time. The very same tabloid headline that today appeared next to Hitzlsperger  – “I’m Gay” – also announced Justin Fashanu’s coming out way back on October 22nd 1990. So what happened in the intervening 23 years and how did football’s awkward journey to acceptance get derailed for so long?

Fashanu came out from the lower leagues, but it wasn’t necessarily planned that way. He could easily have made the statement as a top-flight player, making cameos at West Ham and Manchester City in the months leading up to it. Arriving at Leyton Orient he was lucky to fall under the stewardship of Frank Clark who instinctively persuaded his striker to come out, keen to end his personal torment and perhaps knowing he would get more goals from a liberated soul.

Men like Clark - worldly, progressive and compassionate - should’ve marked the next generation of managers at this point as the likes of Clough (Clark’s own manager and Fashanu’s tormentor previously) became lost to football’s drinking culture. It didn’t happen and English football would have to wait until 1996 and Arsene Wenger’s top-down revolution at Arsenal for a shift in outlook.

The years in between are key. Fashanu played on to accepting English and Scottish crowds. He was not hounded out of football and at the very least achieved an uneasy truce engaging in banter with fans  – both sides using humour as a shield. The confidence that kept him afloat would also be his undoing however, when he contrived one tabloid story too many and his lies caught up with him.  Over-exposed and under pressure, things were not going well for the world’s first out player. Had it been such a wise move?

By now football’s gold rush – a reaction to England’s 1990 heroics - was on.  Sky showered the game with money upon seizing the reigns in the 1992/93 season and a working-class pastime became a national obsession. Yes wages went through the roof, but the real money was in sponsorship. The game was under more scrutiny than ever and the stakes were high. Suddenly, there was a lot to lose.

At that same moment the mood of the country shifted and the era of the lad arrived. One minute Suede were jumping bones in council homes, the next Oasis had smashed a football through the window. For the next few years much of the social progress achieved in the 70s and 80s was disregarded as cartoon geezers and page 3 models rubbed shoulders inside the pages of The Sun, gay people still chief among its daily targets. Here was a national knees-up that partied like it was 1966.

Just as the noise died down and with the hope of a new millennium within touching distance, sombre news came from East London: Fashanu had taken his own life. The message couldn’t be any starker for the prospects of any footballer considering coming out.  What’s more shocking now is that just one year after this tragedy Robbie Fowler would see fit to taunt Graham Le Saux about his sexuality in the middle of a Chelsea v Liverpool game, bending over with a smirk before making a tired Elton John gag. Le Saux was booked for time wasting.

As football dragged its heels (or perhaps knuckles) into the 21st century three significant changes occurred in British popular culture. Boy bands were seemingly required by law to have one gay member who would duly be outed by The Sun, C4’s Big Brother would place gay and transgender people at the heart of prime time TV and the internet would speed up social change, eating away at historical prejudices all the while.

And football? Football fell into a lost decade on the subject as a culture of fear descended. There was no banter from fans because there were (seemingly) no gay footballers. Progress on the subject became impossible as the game pretended they didn’t exist.  This eerie stand off lasted ten years, from the moment that Paul Durkin booked Le Saux until the breaking news of December 18th 2009 when Welsh rugby union player Gareth Thomas announced he was gay.

Getting to the heart of football’s inherent homophobia would always involve chipping away at the edges and so it was that with Thomas making the first move, others sports followed.  Steven Davies, the cricketer, revealed his sexuality in February 2011 and Tom Daley broke new ground, swerving traditional media when uploading his considered post to youtube at the end of last year.

Football’s steps would be more tentative and come at a safe distance from the British game. Anton Hysen, son of Liverpool player Glen, would come out in early 2011 breaking the mold by being a young player with his future ahead of him, albeit in the lower leagues of Sweden. Robbie Rogers was shrewd in ‘retiring’ from football before choosing to re-launch his career in 2013 at LA Galaxy, thus coming out in LA rather than Yorkshire.

The Brit abroad, the foreign signing, and finally, with Hertlzberg, the retired pro - all inextricably linked to the our national game yet not quite part of it. It would seem we are on the brink once more. This time there can be no going back.
Posted by Tickles at 06:18

Tickles
Tackle is an independent editorial addressing homophobia in football. Through opinion, debate and interviews it hopes to draw a more vocal response from the game itself.

This website, the design, logo and written content only are protected by copyright and trademark law and other intellectual property rights. The website is owned by Tackle. Any unauthorized usage of the material on this site mentioned above is strictly prohibited. All copyright infringements will be taken seriously and dealt with accordingly which could result in civil action. Tackle asserts the moral right to be identified as the author wherever and whenever the content is copied or distributed by any means.
© 2010 Tackle